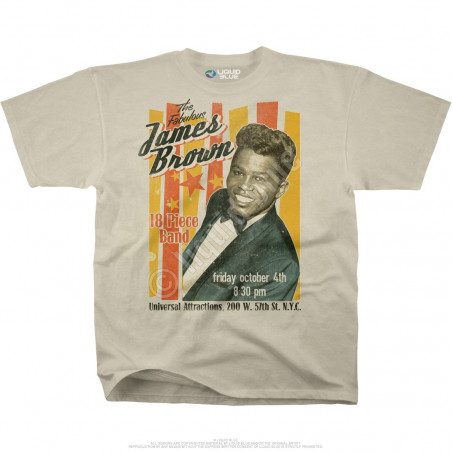 Simply fabulous, the James Brown Fabulous Tan Athletic T-Shirt Liquid Blue says it all! He's a legend wrapped up in a riddle, as iconic as Michael Jackson and recognizable as Michael Jordan. James Brown lives on in eternity at Clothingmonster.com. 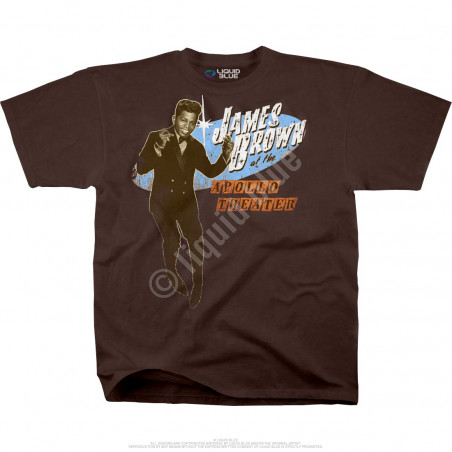 Now, stop the presses. If you haven't seen the video from Live from the Apollo, buy the shirt, strap it on, get into youtube and be prepared to be blown away. A level of funk that is frankly indescribable. James Brown Live At The Apollo Brown Athletic T-Shirt Liquid Blue at clothingmonster.com. 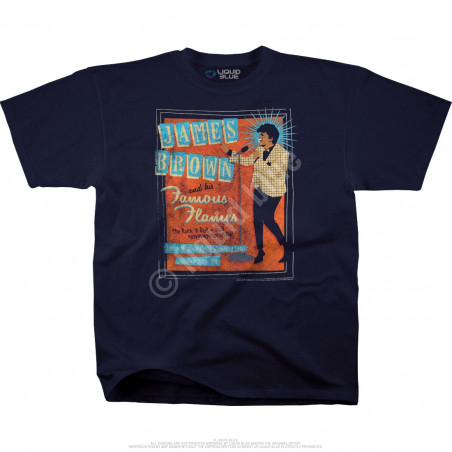 James Brown had a lasting impact on not just soul, but rock and roll, rap, blues, you name it. Celebrate the Godfather of Soul in this one of a kind music James Brown Famous Flames Navy Athletic T-Shirt Liquid Blue. Clothingmonster.com will keep you outfitted. 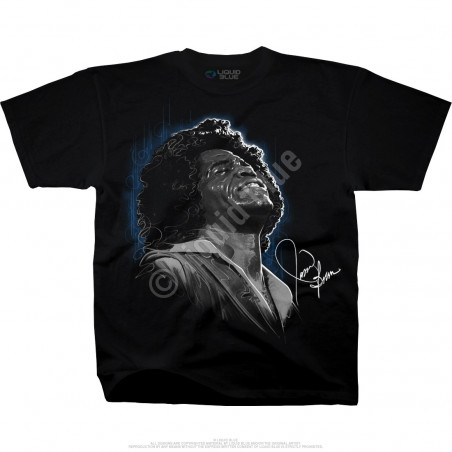 This is a real masterpiece of a music James Brown Godfather Of Soul Black Athletic T-Shirt Liquid Blue. The man was, and will always be the Godfather of Soul. Honour the master at work, we might not see another one so a t-shirt is the minimum you can do to recognize his greatness. 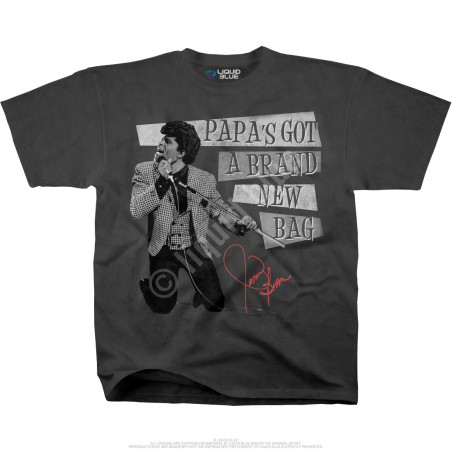 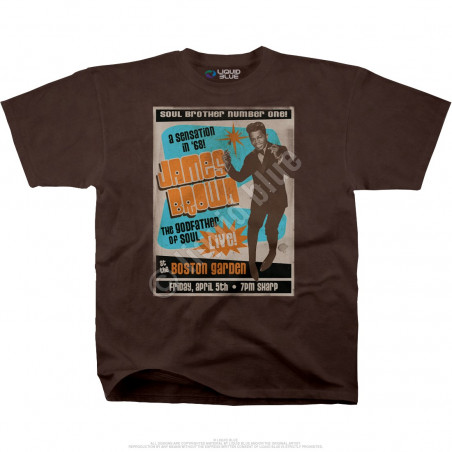 Soul Brother No. 1 is an iconic Brown masterpiece. Doubtful you can leave your house in this James Brown Soul Brother No. 1 Brown Athletic T-Shirt Liquid Blue without someone stopping or yelling out to you on the street. Isn't that what we're all looking for?

When a young man named James first approached his mother in the rural south proclaiming he’d be one of the greatest that ever lived, like any good mother she nodded in agreement, patted him on the head, and James took it as confirmed – he’d be a star.

Fast forward just eight years and Brown was dancing in school recitals, belting out rhythm and blues, and featured some of the most eye-popping choreography the world had seen. His early concerts were legendary and once the band was firmly in place, James Brown had arrived.

Clothingmonster.com has a soft spot for Mr. Brown. A personal favorite, Brown and company apparel is truly special. Although a big seller, it is still rare to see James Brown soul, funk and rhythm and blues t-shirts out and about. When you do spot them its super cool, and odds are they came from us. Our catalogue is legendary, the designs cutting-edge, take a gander and stay awhile.