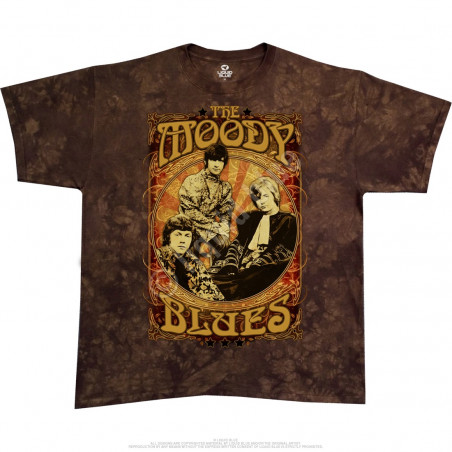 Moody Blues Vintage Poster Tie-Dye T-Shirt Liquid Blue is a piece of apparel that you will be hard-pressed to find elsewhere. With free shipping on purchases over $150, what are you waiting for, pick up 2 or 3 today. 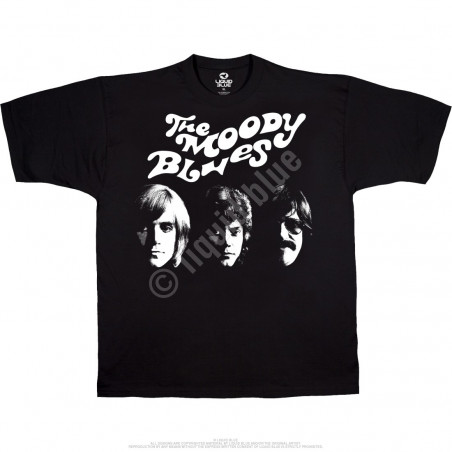 Ah, the Moody Blues. This is rock and roll literally at its core - blues, an American art-form that continues to evolve and nobody did it better than the Moody Blues - Moody Blues Silhouette Black T-Shirt Liquid Blue at clothingmonster.com.

Based on their name alone most people think the Moody Blues originated from the States. Not so, they are as British as the Brits come, and their music literally crossing all borders and genres. In fact, they were one of the first music acts ever to record a mainstream hit with a “concept album,” successfully merging rock and classical music. The groundbreaking Days of Future Passed still holds up today and as a result clothingmonster.com consistently sells a TON of Moody Blues rock t-shirts and apparel.

The guys never made it into the Rock and Roll Hall of Fame. A real shame as they’ve been snubbed year in and year out. But what’s important is you the fan, and your celebration of these rock visionaries via your support of their timeless apparel.

Take a gander at the catalogue, we guarantee you won’t be disappointed. Only the best for the best – the Moody Blues, the U.K. staple.