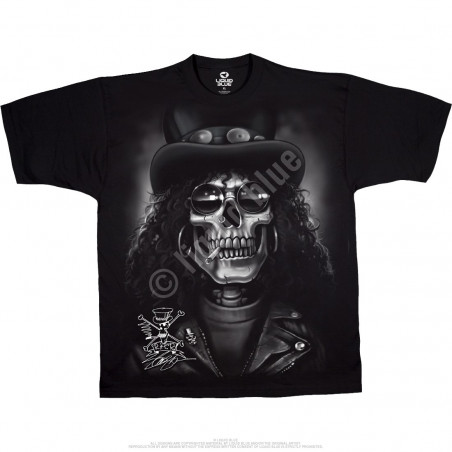 The man, the myth, the legend. Music to our ears, American apparel in one of the coolest band t-shirts you will find – the Slash Skull Black T-Shirt Liquid Blue. 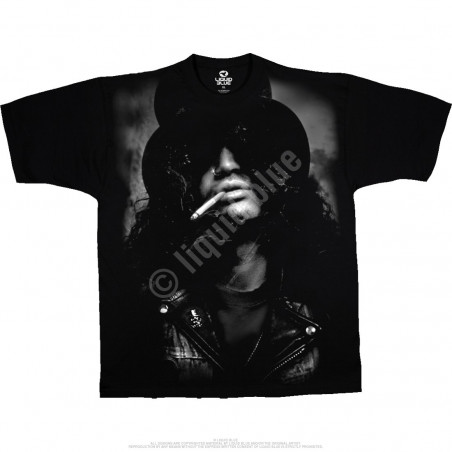 Nothing in music, nothing in apparel, nothing in men’s or women’s clothing screams cool like Slash’s top hat. A solid choice, the Slash Top Hat Black T-Shirt Liquid Blue. 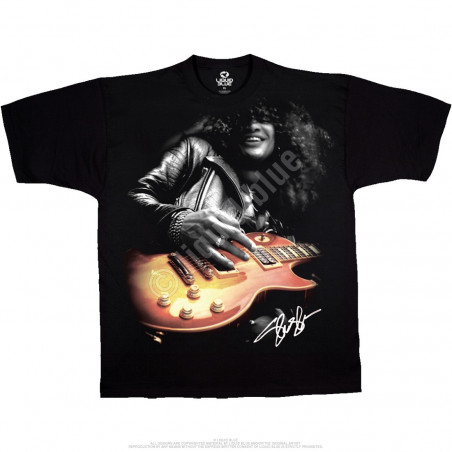 The Slash Guitar Black T-Shirt Liquid Blue is dark and rad, just as you ordered. Clothingmonster.com men’s and women’s clothing is apparel for the ages, cool t-shirts all around.

A little-known fact – Slash was born in the U.K. The guitar guru moved to L.A. when he was 5 however so he is considered one of our own. The best part about Slash though probably isn’t his guitar playing, rather, his top hat! The dude makes awesome music, and our clothingmonster.com collection of men’s and women’s clothing will keep you outfitted in the best of Slash gear on the market today. But just remember, you heard it here first, his top hat is what really rocks!

With that said, pick up any one of our Slash band t-shirts and run out to buy a top-hat afterward. The reaction at work, home, the club, you name it, will be priceless. People will be buzzing about your apparel and hat combination – talk about a winning formula!